Peterson made his mark as BBER Director during economically trying times 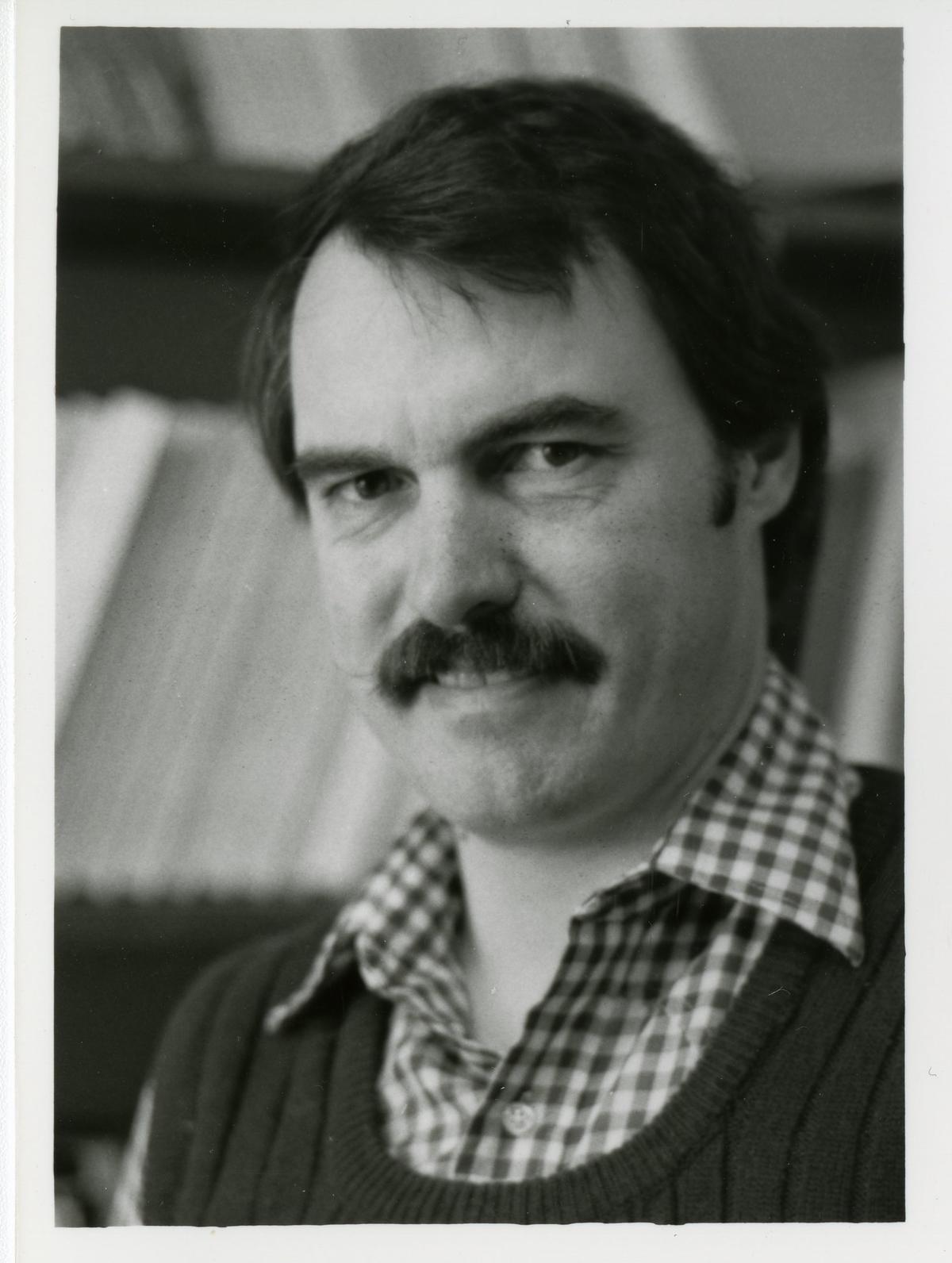 Since 2018, we have conducted dozens of interviews with former Bureau of Business and Economic Research (BBER) directors, staff, and student researchers to learn our history. Additionally, we have found archived historic documents, news articles, and photographs. We cataloged it all and are excited to share it with you. The stories highlighting the Duluth Business Index and Interim Chancellor (and former BBER student) McMillan were the first peeks into our history. This article—highlighting former BBER Director Jerry Peterson—continues showcasing the BBER’s rich history.  We’ll continue to share the historic stories with you in the future.

In the late 1970s and early 1980s, Minnesota was experiencing a large decline in its natural resource-based industries, especially taconite mining. U.S. Steel closed its Duluth Works plant with approximately 2,500 people losing their jobs. More closures followed in other industries, including shipbuilding and heavy machinery. Also impacted by the difficult economy were forest products, such as logging and pulp and paper companies. In combination, the impacts were deeply felt by Duluth and Northeastern Minnesota, in particular. By the end of the 1980s, unemployment rates in the Northeast region had reached 15%.

This pivotal time in Duluth’s history also coincided with major changes at UMD’s Bureau of Business and Economic Research (BBER). On January 1, 1979, Dr. Cecil Meyers, the founder of the BBER, passed away, after serving the Bureau for nearly ten years. The BBER was still a relatively new unit at UMD, founded in 1970 for the purpose of publishing the monthly Duluth Business Index (DBI). With Meyers’ passing, UMD Economics Professor Dr. Jerrold (Jerry) Peterson was selected to serve as the BBER director.

Peterson grew up in Illinois, earned his bachelor’s degree at Knox College, and then attended the University of Illinois for his master’s and PhD. He came to UMD in 1969. With a background in cost-benefit analysis, forecasting, and public finance and a specialization in macroeconomics, Peterson’s skills were well suited for his role as BBER director. At the time, there were very few UMD faculty well versed in research methods.

Under Peterson, the BBER shifted its focus from a singular operation (DBI) with a purely local focus to one that incorporated some national as well as international topics. The BBER also took a more proactive role in conducting research to help stimulate the local economy and bring jobs back to those displaced from struggling industries. During Peterson’s time as director, local news stations interviewed him thousands of times on their evening news shows in efforts to help the community better understand what was happening with the local economy.

Much of the BBER’s research under Peterson reflects the changes occurring in the region during the 1970s and 1980s. Some examples include his role in the development of the I-35 tunnel system through downtown Duluth, the creation of Spirit Mountain, and the formation of the Natural Resources Research Institute (NRRI).

In the late 1970s, Burlington Northern Railroad (BN) owned the property on which I-35 currently exists. Peterson testified at a court case between the city of Duluth and the railroad. His testimony helped influence how much the city of Duluth had to pay BN for the right-of-way.

In 1978, funded by state’s tourism bureau, the BBER conducted a survey of the tourist industry in Duluth. Students were hired for a year to collect data on tourist traffic and activities in Duluth. The results were presented to the business community and, in part, led to the development of Spirit Mountain.

But Peterson’s signature accomplishment during his time as BBER director was possibly his role in the creation of UMD’s Natural Resources Research Institute (NRRI). Amidst the decline of the natural resource industry—particularly in taconite production as well as forest products—policymakers searched for initiatives aimed at preserving and creating jobs in Minnesota in general and Northeast Minnesota in particular. Judge Gerald Heaney of the United States Court of Appeals for the Eighth Circuit, which governs Minnesota—with help from Rudy Perpich, a Hibbing native and the Governor of Minnesota at the time—proposed a research institute to study natural resources such as peat, biomass, forest products, water, and minerals.

As part of the lobbying process, Peterson was invited to testify before a joint session of the Minnesota State Legislature (1983 Minnesota Horizon Conference). During his testimony, Peterson outlined the condition of Northeast Minnesota's economy and made a plea for additional state dollars for research. When the funds were granted, he took a break from his role as director of the Bureau to serve as the first acting director/coordinator at the NRRI, before returning to his Bureau director position in 1988.

Peterson’s skills in applied research, his background in macroeconomics, and his commitment to Duluth and the regional economy strengthened the BBER during a time when the regional economy was struggling. In many ways, his research profoundly influenced economic development in our region. Peterson passed away in August 2020. In addition to his service at the BBER, Peterson authored more than 250 professional articles, books, and other publications and taught economics to some 20,000 UMD students before he retired in January 2007.