A Peek into Minnesota’s Labor Relations 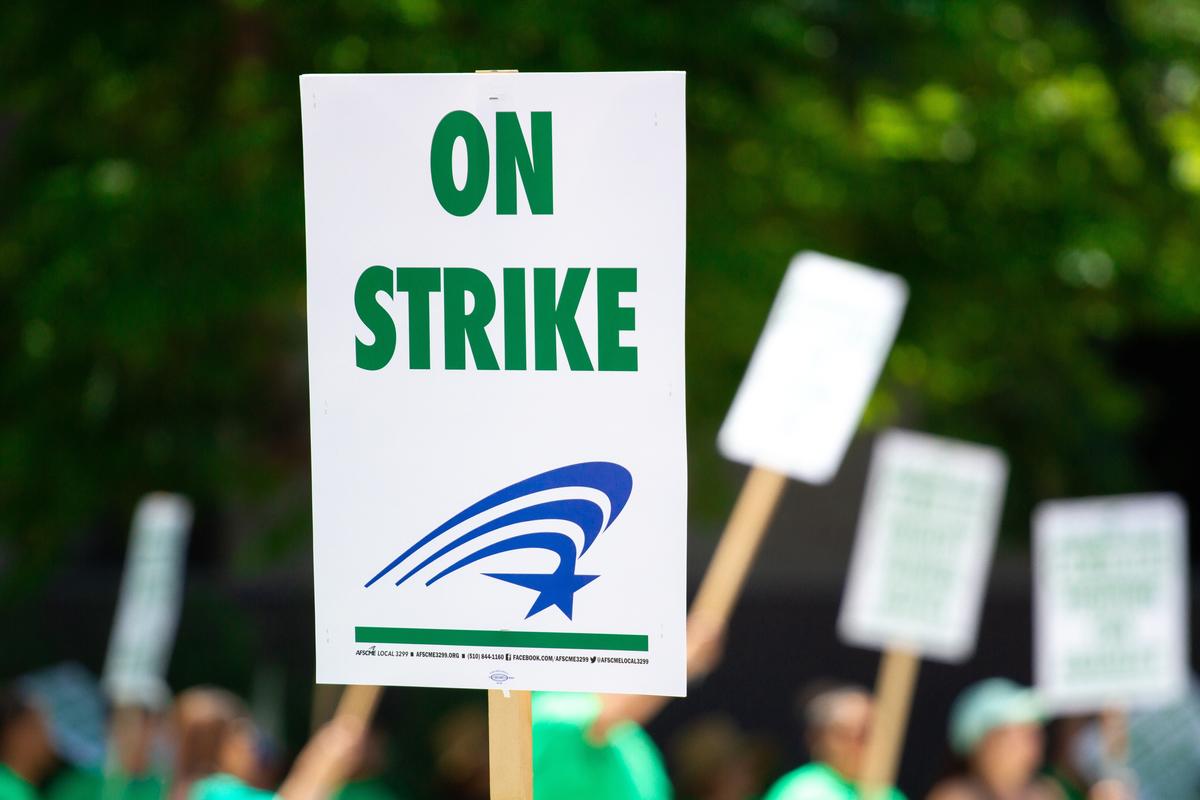 Currently across the nation, thousands of employees are on strike or threatening to strike.

October had been dubbed “Striketober” by the U.S. labor movement last year due to a surge in strikes, and it seems like this October may be no different (The Guardian). The BBER took a look at some of the strikes/threats of strikes that have affected Minnesota this past year to see what employees were requesting and if the unions succeeded in their contract negotiations.

Minnesota Nurses Association (September)
Overview and Demands
Approximately 15,000 Minnesota nurses in Duluth and the Twin Cities held a three-day strike beginning September 12. They chose to strike only for three days so as not to impact patients as much as possible. The largest nurses strike in history impacted 15 Minnesota hospitals. Nurses are requesting higher compensation (30% over three years) improved staffing levels, and workload input (Minnesota Public Radio).

Outcome
The nurses returned to work on September 14 with no contract. Negotiations will continue between the Minnesota Nurses Association and hospital leaders on October 6.

Outcome
Because a railroad strike would be detrimental to the supply chain (approx. 33%  of all of the nation’s exports are shipped via rail, and roughly 40% of long distance freight volume is moved by rail), a tentative agreement with the Department of Labor, rail companies, and union officials was reached after only 20 hours of negotiations on September 15 (NBC News). Included in the new contracts are wage increases of 24% from 2020 through 2024 with a 14.1% wage increase effective immediately; five $1,000 annual lump sum payments; adjustments to health care premiums; health benefit enhancements; and an additional personal leave day.  However, workers are not fully in support of the contracts, and ratification hangs in the balance with the workers’ votes.  Voting results are expected to be finalized over approximately the next two months. (U.S. News)

United Steelworkers (July)
Overview and Demands
United Steelworkers (USW) entered into negotiations with the steel companies of U.S. Steel and Cleveland-Cliffs as employee contracts were expiring October 1 and September 1, respectively.  Approximately 12,000 union-represented employees work at Cleveland-Cliffs mines, and over 1,500 UWS-represented employees work at two U.S. Steel mines on the Iron Range. However, USW negotiations also cover U.S. Steel plants across the country. Subcommittees were set up to focus on benefits, safety, contract language, office and technical issues, training, and contracting out.

As of September 28, an agreement had not been reached between United Steelworkers and U.S. Steel, and the company filed an unfair labor practice complaint against the steelworkers’ union  (Yahoo Finance).

Outcome
The new contract accounts for most of what the union had requested. Teachers in the district will receive 2% salary increase in the first year of the contract, a 3% increase in the second year, and a $4,000 one-time bonus. The new contract includes protections for educators and ESPs of color in the event on layoffs. The starting wages for ESPs will increase from $19.83 to $23.91 an hour. Current ESPs will receive a one-time $6,000 bonus that will be split over the two-year contract and an additional $1,000 bonus will be given to support staff with over 10 years of experience. The tentative agreement also included more resources for students—doubling the number of nurses and counselors in elementary schools as well as requiring a social worker in every building (MPR News, U.S. News).

AFSCME Locals 34 and 2822—Hennepin County employees (January)
Overview and Demands
More than 3,500 Hennepin County social services and clerical workers, who are members of two unions, requested higher wages along with hazard and remote pay since they worked on the frontlines during the height of the pandemic. (Kare 11)

Outcome
A tentative deal was reached January 27 to avoid striking. This tentative deal included a 2.5% cost of living wage increase for all workers each year for three years, 3% annual wage increases for most workers, a $500 pandemic recognition pay bonus, increased parental leave from three to six week (Bring Me The News). Contracts for both unions were eventually ratified and cover from January 1, 2022, to December 31, 2024.

While these contract negotiations did focus on wage increases, some also included a focus on pandemic-related issues, work/life balance issues, and improvements affecting those people the employees served. This shows that employees’ concerns with their working conditions go beyond their salary.

It seems within our peek of these labor relations instances that most demands were met where contracts were approved. But three instances still are up in the air—United Steelworkers (U.S. Steel), National Freight Rail Bargaining (some of the railroads), and Minnesota Nurses Association. In the weeks and months to come, it will be interesting to see if the contracts of these union-represented entities are approved by the employees. Ultimately, it’s the employees votes on approving (or not) the newly negotiated contact that signals that the union did its job of employee representation.