From Intern to Financial Analyst 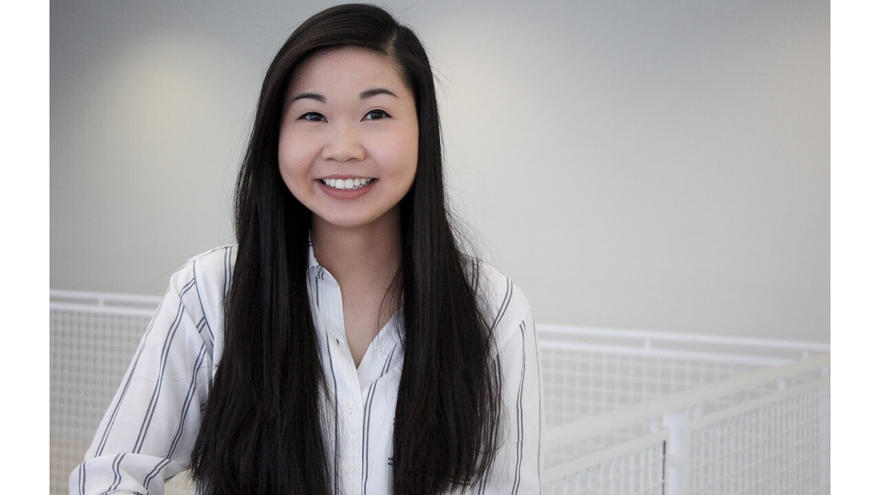 Maggie Zheng had a very memorable internship opportunity that set the trajectory for her post-graduate career.

She took a risk and realized that she was capable all along.

Edina native Maggie Zheng, a senior majoring in economics, began looking for internships at the beginning of her junior year for the following summer. Maggie was looking for internships – specifically business analyst – because she was, “hoping to find an internship that wasn't specific to any major, such as finance, accounting, or marketing. Since business analyst seemed like a broad role, and since I've always thought of economics as a broad major that covers a lot of different components of business, I thought I would be suited for such a position.”

During her search, she found it difficult to find that position within companies that interested her, so she decided to expand her search to economics and finance related roles. “That’s when SuperValu’s finance and accounting internship popped up. Although I was neither a finance or accounting major, I received encouragement from a family member to apply. And after doing some research on the company, I discovered that many of their values lined up with mine. That’s when I knew that SuperValu would be a great company for me to get my first real corporate experience.” 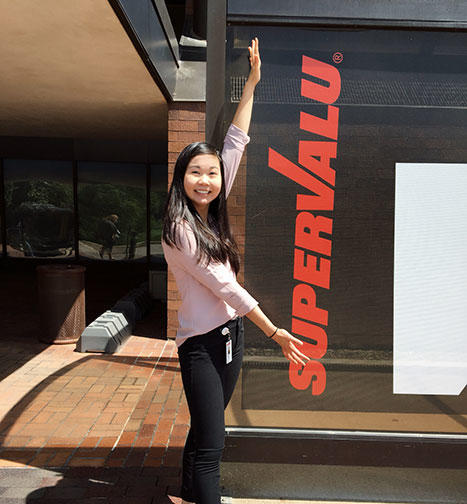 SuperValu, now known as UNFI, is a Fortune 500 wholesaler and retailer of grocery products. They are the leading company in the industry with over 3,000 owned, franchised, and affiliated stores across the country. The organization places an emphasis on diversity and inclusion, are committed to being a sustainable company, as well as giving back to their community, all values that align with Maggie’s.

Although Maggie felt confident walking out of her interview with the company, she was still surprised when she received the news that she secured the internship. “I had interviewed on a Tuesday and by Wednesday night I received the call about the good news. It was a really fast turn around.” Thrilled, she was still nervous. “There was a part of me that was really nervous because it was a big next step for me, but I was also excited because I was ready for the hands-on experience.”

She was worried she would be tasked with something related to finance or accounting since most of her classes were concentrated in economics.

“This worry was definitely intensified on my first day because all the other interns were either a finance and/or accounting majors,” she says. But as her internship continued, Maggie realized that “all those worries were baseless because so much of what I had to do, I learned on the job.” She doubted herself, but took a risk and realized that she was capable all along.

Throughout her time at SuperValu, Maggie learned strong technical skills, as well as a lot of important soft skills that are applicable to a myriad of fields.

Maggie explains, “I’ve become much more proficient in Microsoft Excel and Hyperion Essbase, as they were programs that I used on a daily basis to pull data and build charts for my project.”

During her internship, she learned new writing skills when she was creating monthly and quarterly financial reports for the executive team. “When I wrote financial reports, I needed to be as concise as possible, and that’s completely different than when I write for my classes. Of all the information and data I had to analyze, I had to select the relevant and important ones to include in the report.”

Interning with SuperValu was an amazing learning opportunity for Maggie. Read More