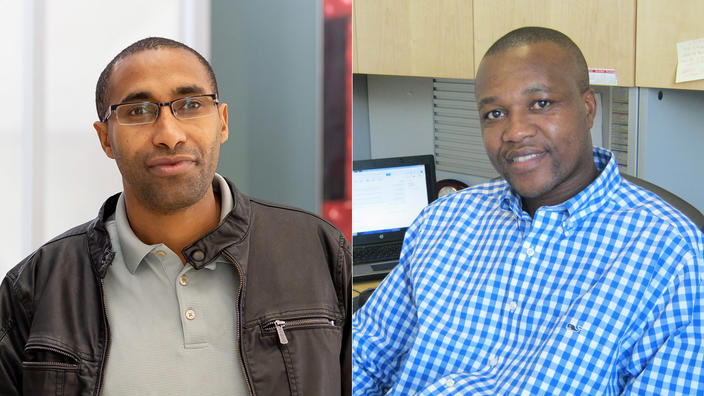 "We need not only to create small businesses but to sustain them.”

Back in 2005, Gibson Nene wrote his master’s thesis at the University of Nebraska about how a big-box retailer affected economic growth in state communities. His research found Nebraska counties that had a Walmart store showed lower economic growth than those without.

The research got him thinking: if a big businesses like Walmart slowed economic growth, what effect did small businesses have? Recently, Nene, Ph.D., and Melaku Abegaz, Ph.D., both assistant professors of economics in the University of Minnesota Duluth’s Labovitz School of Business and Economics, set out to determine how small business entrepreneurship affects poverty levels in rural communities. The rural focus of their project filled a gap left by previous studies, which had mainly looked at this relationship in cities.

“Most of the studies on US poverty focused on understanding the factors affecting poverty in urban communities,” Nene said. “That’s why we wanted to see if the results from the rural side would be consistent with the urban side.”

The relationship between small businesses and poverty levels may not work the same way in cities as it does in small towns, Nene said, as the makeup of poverty in these two settings can be very different.

“In rural areas, poverty is more persistent and highly influenced by the social, cultural, and economic structure of the society,” he said. “Rural areas are generally characterized by limited infrastructures, weak formal institutions, dependence on agriculture, lower human capital, and lower cost of living. To their advantage, however, rural societies have stronger informal institutions and social capital compared to urban areas. In such circumstances, policies, institutions, and businesses may lead to different effects on urban vis-à-vis rural poverty.”

While research specific to US rural areas was lacking, data from developing countries had demonstrated that small businesses improved poverty in rural areas. To figure out if the same was true in the US, Nene and Abegaz scoured data from three federal agencies—the Bureau of Economic Analysis, Bureau of Labor Statistics, and Department of Agriculture—to see how small business entrepreneurship affected poverty rates across 604 rural US counties between 2010 and 2012.  Read More