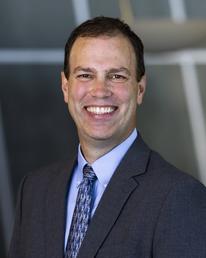 Gary has over 30 years of industry experience at Cirrus Aircraft. He had many different roles while Cirrus grew from a small family business into a leader in general aviation. Early in his engineering career, he did design and analysis for a variety of aircraft parts. As the company grew, and his career progressed, he moved into many technical and management roles within engineering. He then chose to get more involved in running the business by taking leadership roles in operations, customer service, parts distribution, international business development, and project management.

Gary recently retired from Cirrus so he would be able to spend more time doing things that he wants to, including working with his wife and two daughters at Northwoods Confections—which caters to tourists in the heart of Canal Park.  When he's not screen printing t-shirts, he's probably on the mountain bike trails in Duluth or remodeling his house.

Gary holds a BS in Engineering Mechanics from UW-Madison and an MBA from Washington State University.